This is a guest blog post reproduced with permission from ES Systems, a specialist in high quality pressure sensors for a variety of applications.

The majority of the pressure sensors currently installed in the field are based on MEMS technology and utilize either piezoresistive or capacitive measurement principle. In this article, we will be discussing their main differences and we will be highlighting the advantages of each.

The term piezoresistive is composed by the Greek word “piezo” (meaning squeeze or press) and resist. In piezoresistive sensors, four resistors are placed on a silicon diaphragm in order to measure the result of strain or physical pressure applied upon them. Any perceptible change in resistance is being converted, through a Wheatstone bridge circuit into an output voltage. The piezoresistive pressure measurement principle is one of the firstly developed in MEMS technology and it was developed many years before the capacitive one. As a result, it is most commonly used. Due to their widespread and low production cost, piezoresistive pressure sensors are widely used in consumer electronics and the automotive industry, as well as in household appliances. 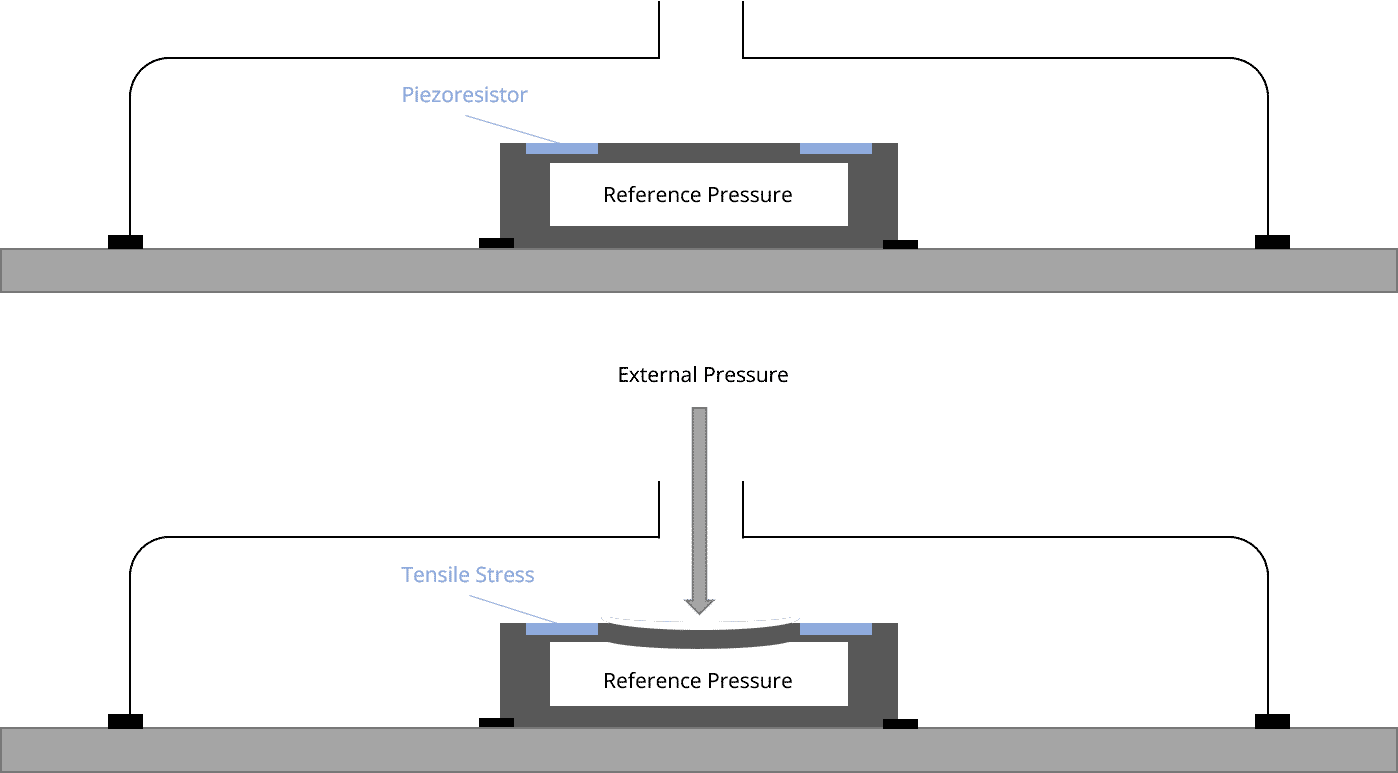 Two parallel and electrically isolated conducting plates are needed to ensure that a capacitive pressure sensor operates efficiently. The bottom plate is fixed while the top one is sensitive to pressure changes. When pressure is applied, the top plate (or membrane) bends and a capacitance Δ is created. This variation in capacitance is then translated to an electrical signal where it can be read and conditioned by an ASIC or microcontroller.

In comparison to piezoresistive sensors, capacitive pressure sensors offer many advantages. Even though they may require more complex signal conditioning circuits and calibration algorithms, they have higher accuracy and lower total error band. Moreover, capacitive pressure sensors have low power consumption since there is no DC current flowing through the sensor element due to its nature. Thus, very low power sensing systems, can be designed and implemented that require only a small bias to the circuit by an external reader, making them ideal for remote or implanted medical applications. The table below summarizes the pros and cons of the MEMS capacitive pressure sensors with respect to the piezoresistive ones. 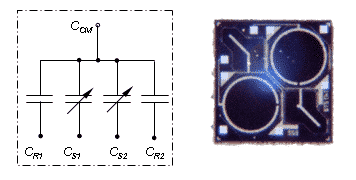 Long term stability is mainly affected by the aging of the sensing elements and therefore the drift in measurement accuracy over time.

Last but not least, the major advantage of MEMS capacitive technology over piezoresistive is the overpressure tolerance (proof pressure and burst pressure). Due to their design, MEMS capacitive sensors can withstand up to 100x the rated pressure. This happens due to the fact that the sensor architecture consists of a fixed bottom plate and a suspended membrane which deforms with pressure. When overpressure is applied the deformation reaches the bottom membrane and inevitably stops without breaking. At the same time due to the distance traveled and the stresses exerted there are no plastic deformations. This translates into an unaffected sensor performance after the release of the overpressure.

Is capacitive technology ideal for overpressure?

Medical applications can be enhanced by MEMS capacitive pressure sensors, as they could provide very high accuracy and long-term stability. More specifically, they are extremely tolerant of overpressure, making them suitable for use in applications where measurement safety is critical and sensor repair is not an option.

The cutting-edge MEMS capacitive technology can be applied in demanding environments regarding absolute, gauge, relative, or differential pressure measurements. For this reason, ES Systems offers three families of high-end capacitive pressure sensors for those needing superior accuracy. These families are:

Want to chat more about pressure sensors? Get in touch to tell us what you need!